Some days you’re just cranky and generally disappointed by the normal day to day stuff and have nothing all that positive to say.

Today seems to have been one of those days.

I had an interesting conversation with a friend today.  We are all changing our handling to some degree or another, and we are all trying to get better.

But – how do you know you are getting better?

I can probably count the number of “perfect” runs I’ve had in my agility career on one hand.  At least one of them was 2012 Steeplechase finals with Ky.  We couldn’t have gone one step faster.  Yet, we did not win – we were one dog off the podium.  It doesn’t make it a less perfect run, it just means there were dogs there that were faster on that course than we were.  Were the dogs that placed above us “perfect?”  I don’t recall offhand – maybe, and maybe not.  Sometimes there’s just more speed to burn.

I’ve had that speed to burn with Ten, she had her own complexities in the prime of her agility career, but sheer speed was never a problem. We could make mistakes and still win local shows, at Regionals, and some rounds at Nationals over the years.  I can’t say that many of those runs with the hardware and the cash associated were error free.  I just had a remarkably talented, driven, dog who was trained well enough.  Sometimes you do, sometimes you don’t.

So, how do I quantify if I’m getting “better.”  I don’t feel it can be based on something as arbitrary as wins, because those are out of our hands.  We can only run as well as we are capable of.  The nature of sports is that sometimes your perfect run is not a medal run.

How will I know that I’m succeeding?  I will count the perfect runs.  If I could not have cued it better, could not have stayed on play more faithfully, not provided better information for my dog, it’s a success, win or lose.

Writing, like most thing, starts with just doing it, and doing it again.

It’s been since Rave was a puppy that I blogged very regularly, but I’m going to give it a try while I’m sitting here in not a very “bloggy” mood.  I find that when I am in the mood to blog about something I start writing a rant or a manifesto, so perhaps I should get back in the habit without an agenda.

Lacking much of a ranting point I suppose this will just be a state of the union post.

Ten is doing amazing.  She’s still trucking along at full tilt and full of sass at eight years old.  Occasionally she will have a worse than usual weekend with regard to her confidence about finding the jumps and I will think we are close to the end.  Then she busts out something like this:

Where she lays down the fastest clean time in the show.  So, she’s maybe “alright” for a little while longer.  I sure hope so, because I just love running her.  We really get each other with seven years of experience together and while she will not likely ever be exactly a forgiving dog, she’s darn close at this point.

Ky . . . well, that’s a story.  Ky had TPLO surgery last Monday to repair a partially torn CCL which was not responding to time and rest.  I’ve not posted about it on FB because honestly the last thing I want is a bunch of personal messages from people who had their dog’s CCL repaired by stem cells, coconut oil, or prayer – equally effective modalities based on my research.  Do some dogs manage with minor partial tears and time alone?  Yes.  Ky was not one of those dogs, and was getting progressively worse.  TPLO can be more successful when there is still a healthy ligament in place, and because she did not have a complete tear she also has a healthy meniscus which is in her favor.  In an case, she’s healing well and I am hoping to give her the rest of her years as a happy, healthy, four legged dog.  Only a week in but I am so impressed with her character – as I always am, but she sometimes reminds me in unexpected ways that she is a very special dog.  She’s not complained about her confinement, she has not fussed at the incision, is very compliant about passive range of motion movement of the limb, and of course the vet’s staff was all over the moon about what a good dog she is.  She really is a pretty special creature.

Archive photo of Ky on all four legs for fairness.

Rave is pretty freaking amazing.  I’m going to take him back through Linda’s jumping program (http://awesomepawsagilityacademy.com/online-classes/mastering-jumping-skills-foundation-jump-training/) this summer to see if we can’t improve on his jumping.  While I am shocked to realized he’s four and a half already, it is nice that *maybe* it really will still all come together if we can deal with the bars.

I’m really on the fence about what to do with him WRT AKC.  20″ is ridiculous.  He’s not even jumping, and of course he still hits the occasional bar (jerk).  He’s just so excited to GO that sometimes he’s not thinking, which is of course part of why he’s so stinking fast, but fast only counts when you’re clean as Tennie and I so well know.  24″ would require him to jump, but with 250 points and a couple of QQs to go, I’d rather take the easiest possible path . . . but . . . plus then there is also getting tryouts requirements done.  Of course I stand by the idea that if you can’t get two QQs in a couple of weekends you really probably aren’t ready to represent on the team, but I’d really rather not be in a panic chasing those requirements in March again.  Catch-22 I suppose.  If he’s ready it should be easy but it’s hard to say no to that event when they are “kinda” ready or at least ready to be at the event.

Well, the bars and the weave poles.  At least weaves are pretty simple to work on.  Poor Rave, he lives with a pretty hard grader when it comes to WP performances.  We did a little work on both soft side entries and discriminations this last week.

Not too shabby, though it looks to me like maybe he was thinking a bit much in that last rep.

Pointer is of course Scott’s dog, but since she’s proving a little complicated I’m doing a bit 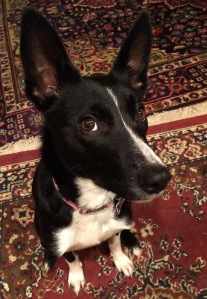 more training with her.  A big part of the Pointer agenda right now is taking her a lot of places so she gets over her concerns about new places.  She’s a monster on sheep, so I think that if we can get her that excited about PVC she’ll be a nice agility dog for him, but she’ll need that level of love for the game to overcome her concerns about her environment.

Pointer picture, because this cuteness did actually “save” her life.

Today she’ll be getting an outing to yet another dog semi-friendly retail establishment.

Well, that’s about it for state of the union.  My three dogs and I are off to CA for a couple of weeks to do some outdoor shows and get some training in with Nancy.  Looking forward to that, if not the challenge of getting Ky in and out of the RV without whacking her leg on the narrow door.

Outdoor Shows in the (much) Greater Puget Sound Area Summer 2016 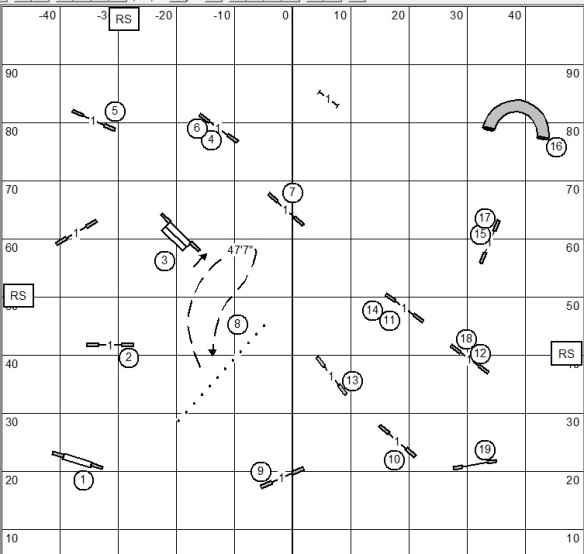 No EO finals course for us this week.  Maybe next week.  😉

This week try to focus even more on making your partner feel successful! 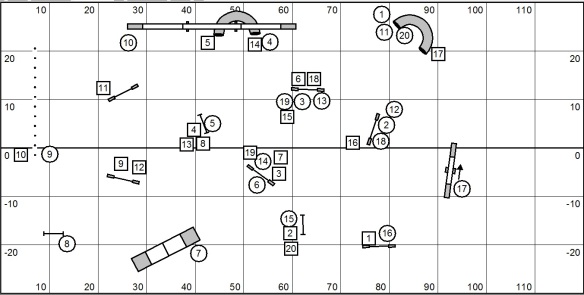 Class courses for this week.